There are growing security concerns being reviewed by the Ministry of Defence after an amateur drone pilot landed his drone on the deck of the Queen Elizabeth aircraft carrier, Britain’s largest warship.

The pilot, who asked to remain anonymous, said he was forced to land after his DJI Phantom drone gave off a high wind warning. Since he was flying right over the Queen Elizabeth, he ended up landing on the carrier.

“I was getting a high wind signal telling me to land,” he said.

“I didn’t really want to land it but the wind was so strong, I didn’t feel it would make it back so I ignored the warning. I never expected it to land on the deck.”

Once he landed, he took a photograph before taking off again and flying the drone back to safety.

“I could have been anybody. It was like a ghost ship,” he said in reference to no one noticing him or coming after him.

The fact that no one knew he was there reveals some pretty significant gaps in security. It might just be a drone, but in the wrong hands, a drone could be used to potentially inflict harm.

“I could have carried two kilos of Semtex and left it on the deck,” he continued.

“I would say my mistake should open their eyes to a glaring gap in security. This was a bit of tomfoolery but it could have been something terrible, not just for the ship and its crew but for the people of Invergordon.”

The pilot didn’t just leave after the incident, either. He was aware he broke the rules in flying too close to the ship and actually reported himself to armed guards at the entrance gate of the shipyard, but he says they didn’t act like it was a big deal.

“I gave them my name and telephone number and expected someone to get back to me,” he said.

“I thought I would be hauled in and have my footage confiscated. I could have been anybody. I guess they weren’t really bothered because the ship isn’t active yet.”

This incident is currently under investigation, according to a spokesman for the Ministry of Defense.

“We take the security of HMS Queen Elizabeth very seriously.”

“This incident has been reported to Police Scotland, an investigation is under way and we stepped up our security measures in light of it.” 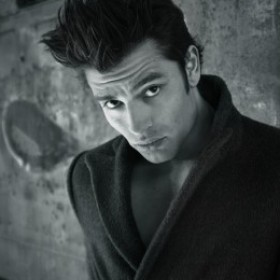 Top 10 Craziest Ocean Phenomena Will Leave You Scratching Your Head

Fishing With a Car; You Won’t Believe How Many Fish Flip Out

PrevPreviousVIDEO: This Slingshot/Recurve Hybrid Might Be Your Next Bowfishing Rig
NextScubajet Aims to Propel Divers, Kayaks and Canoes Through the WaterNext
On Key