Shark Bait: Fisherman Snags 500lb Mako Shark — Then A Mystery Monster Bites It In Half

This shark fishing story out of New South Wales, Australia reminds us that there’s always something bigger in the ocean.

A fisherman called Trapman Bermagui, but also known as Jason, was fishing for small shark off the coast when he hooked a bronze whaler shark.

A mako almost immediately devoured the whaler shark. However, the mako shark found out what it was like to be the “little” shark when a mystery sea creature bit it clean in half, leaving only its head.

“We didn’t see what ate the mako,” Jason said.

Just the mako’s head weighed in at 220 pounds, which would’ve put the intact shark somewhere around 550 pounds.

It’d be easy to assume it was a massive white shark that took a chunk out of the mako, but Jason thinks it was most likely a tiger shark that was attracted by the thrashing of the other sharks.

“There’s so many around at the moment,” he said.

The attack was most likely an attack of opportunity since the mako was more vulnerable than usual from being hooked.

“Once hooked, the struggles of a shark (or other fish) are likely to attract sharks and other predators,” said associate professor in marine ecology at the University of Southampton in the United Kingdom, Clive Trueman. “A hooked animal can be bitten by fish that might otherwise not be big enough to tackle it if it was free swimming.”

“Orcas will also attack large sharks to eat their livers, but the bite marks looked like that of a shark so probably a white shark,” said program manager at the Florida Program for Shark Research at the Florida Museum of Natural History, Tyler Bowling.

Whether it was a great white or a tiger shark, those pictures are enough to scare anyone from taking a dip off the Australian coast this summer. Even if it does happen very rarely. 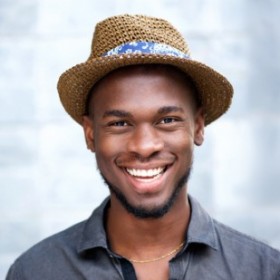 PrevPreviousKayak Fisherman’s Catch Has The Last Laugh, Knocks GoPro Into The Ocean
NextWatch Dolphin Make Hairpin Turns While Chasing And Failing To Catch Its LunchNext
On Key