The Florida Fish and Wildlife Conservation Commission reported a count of 6,260 manatees in the state’s coastal waters. Florida’s manatees were downlisted in January from endangered to threatened by the U.S. Fish and Wildlife Service.

MyFWC released the following press release: The Florida Fish and Wildlife Conservation Commission (FWC) reported a preliminary count of 6,250 manatees statewide. A team of 16 observers from 11 organizations counted 3,292 manatees on Florida’s east coast and 2,958 on the west coast of the state.

This year’s count of 6,250 manatees is similar to last year’s count of 6,063. Both years had very good survey conditions and 2015 and 2016 are the only two years on record for which the count has exceeded 6,000 individuals. Because some animals go undetected, these counts represent the minimum number of manatees known to be in the survey area on the day of the survey. 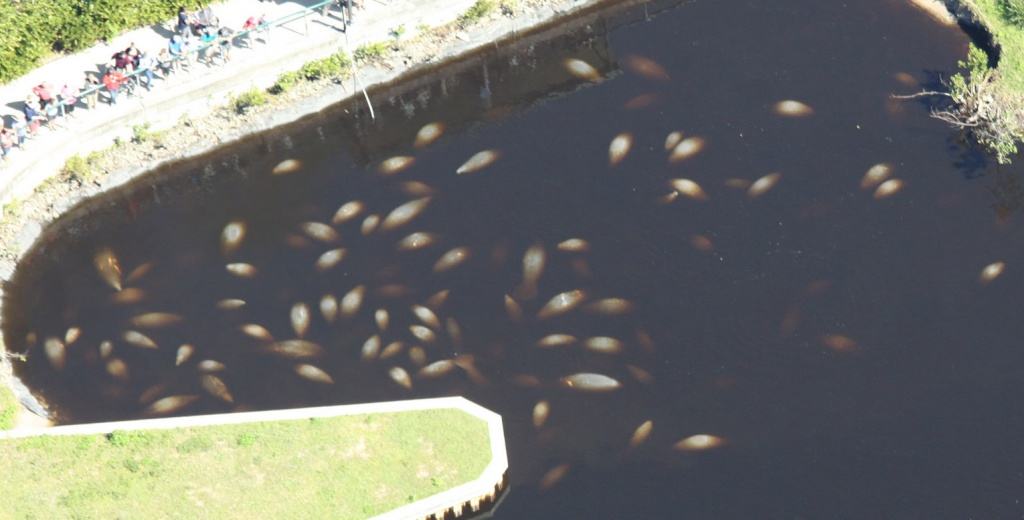 You can show your support for manatees by purchasing a manatee license plate at BuyaPlate.com and a manatee decal at MyFWC.com/ManateeSeaTurtleDecals. Funds from the license plate and decal support manatee research and conservation.