What’s the best fishing trip of your life? If you ask 100 fishermen that question you’ll get a number of different answers. Some would refer to a memory with a loved one, an unforgettable experience, or heartbreak to a monster fish. Most would probably talk about either a personal best fish, or an unbelievable haul of a ton of fish. Some might even hit the jackpot with an unbelievable haul of monster fish. Those trips are the ones that anglers dream about, but most never experience.

This year’s Sarasota Slam fishing tournament saw plenty of huge fish coming to the scales, but the most impressive catch might not have come from the winners.

This tournament was all about big fish.  Divisions for the biggest snapper and grouper meant offshore anglers would head deep in search of giants.  For anglers Jason Boyll, Tom Boyll, Gord Daniher, Brian Daniher, and Brian Alcorn, that sent them west nearly 130-miles Friday evening to target warsaw grouper in 500-feet of water. 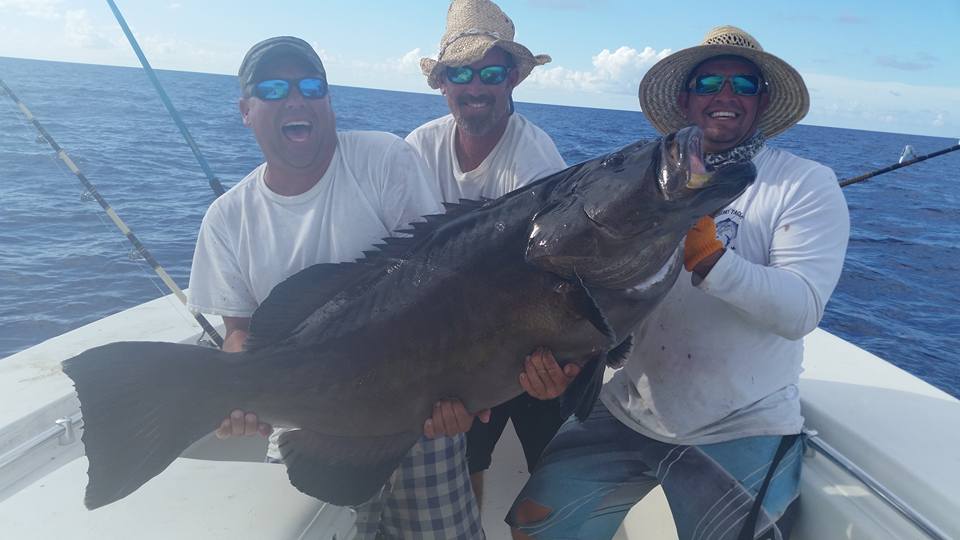 As crazy as it seems, a 72-pound warsaw is not quite the size the team was after. They wanted bigger knowing they were up against stiff competition also in search of giants. With a limit of one per boat and a high mortality rate fishing that deep that was the one that would head to the scale even though bigger fish may still swim below.

“We decided even though this wasn’t the size we needed we would stop warsaw fishing.  Catching another that deep would mean there would be a dead fish floating off.  Big fish coming up from that deep can’t be released alive.  We made a run and decided we would target black grouper and try to put as many in the box as possible with it being the last grouper tournament we would fish this year.”

What happened next is what Boyll says is a story he’ll be telling when he’s 80 years old while grinning ear to ear. 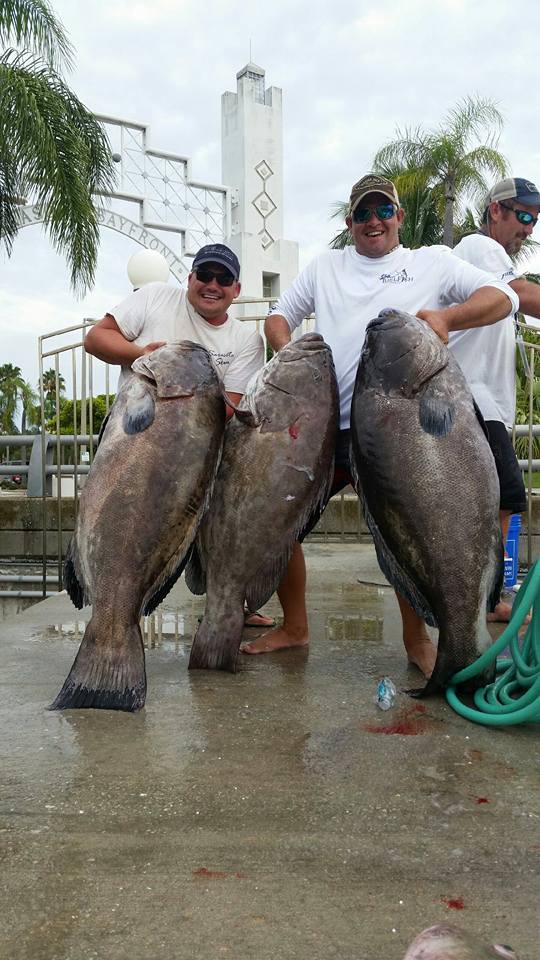 “It was a good move as we put an 84-, 80-, 32-, 30-, and 29-pound black grouper along with some big scamps in the box!  Myself and Brian Alcorn both caught our personal best blacks that day. That was a special trip!  Definitely will be one of the best bites of our lifetime.”

That’s impressive coming from a team that has also landed a warsaw of 269- and 102- pounds this summer along with another 84- and 65-pound black grouper.  These guys are truly hunting the deep for monsters.