It sounds like something ripped straight from an action/suspense movie.

While on a charter fishing trip, one of the fishermen has a heart attack. Too far from land to return for help, only a heroic rescue by the Coast Guard – executing a perfect helicopter medevac from a moving boat – can save the man’s life.

But this wasn’t a movie, it was far too real for two charter fishing captains near Ocean City, Maryland.

On June 19th, a Last $ charter trip off the coast of Maryland was interrupted when one of the passengers, Tim Gola, began complaining of chest pains. More than 60 miles off the coast at the time, Captains Rodney Meyers and Chris Ragni knew they had to do something. 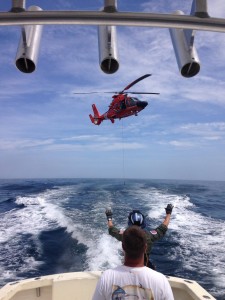 They began making their way back to port, but calls to the Coast Guard went unanswered. They eventually made contact with another charter boat, the Game Changer out of Ocean City, whose crew was able to relay the request for help to the Coast Guard. Within an hour, the Coast Guard’s MH-65 Dolphin helicopter arrived and staged a daring rescue while the boat was still moving.

Thanks to some quick thinking by Meyers and Ragni and the Coast Guard, Gola’s life was saved.

“I’m not sure what to say,” said Meyers, who has been fishing for nearly 30 years but only running charters for the past two. “I have gotten a lot of thanks, a lot of ‘you did a great job, you’re a hero.’ I’m not sure how to say this, but I don’t think I did anything special to get this kind of attention. When someone is sick or injured, we all do our best to get them help. That’s all we did that day is try to get Tim help as fast as we can.

“And Tim should take most of the credit – he held on till they got there.”

Meyers said the whole ordeal was a huge group effort and praised the efforts of the Coast Guard.

“When you are in a situation out there, there is not a better feeling when you see those guys show up,” he said.

Video of the rescue via the U.S. Coast Guard

Special thanks to Last $ Charters and Captain Rodney Meyers. 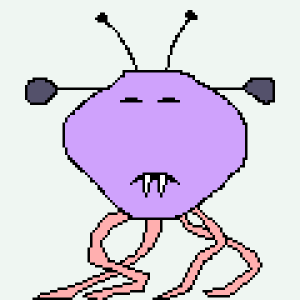 While he may not be the quintessential outdoorsman (or, being completely honest here, much of an outdoorsman at all), Troy Roberts' true peace is found along the road, paved or not. An avid runner, Troy has competed in more than a dozen races in the past year, from local 5K runs to mud runs and half marathons. Like most runners, he will talk to you about running, whether you want to talk about running or not. He's also known to explore - and get lost in - the vast wilderness and hiking trails. A professional writer for more than 16 years, Troy has served on the editorial board for numerous national publications, including Cinescape Magazine, Now Playing Magazine, Computer Games Magazine, and iF Magazine. Troy currently works in public relations/marketing and lives in Lake City with his wife and two daughters. To read more of Troy's stories, click here.
All Posts