We’ve heard of alligators getting into Florida pools before, but this gator on an alligator float is something else entirely!

There are plenty of situations where you can spot an alligator in Florida: at the beach, in graduation pictures, trying really hard to eat a turtle. But finding one chilling on an alligator float isn’t a bet we would’ve made.

Dave Jacobs and his family from Georgia were in Miami for a wedding when they discovered the alligator on alligator float action at their Airbnb.

So we meet again

This wasn’t the first time they saw the alligator, but it was definitely the weirdest. The alligator had been hanging around the lake outside their rental and appeared to taunt the family dog, Rascal.

Rascal wasn’t a fan of the future alligator float thief and spent the day barking at it – safely behind a screened-in pool.

“We thought that was pretty cute,” Jacobs says. “Then, the next day, it just showed up in the pool.”

So the screened-in pool wasn’t so safe after all. Maybe this was just the alligator’s way of showing Rascal that not even a fine aluminum or fiberglass mesh could keep him out.

The alligators sunning session and potential canine rivalry were cut short when wildlife management was called to the scene.

A gator wrangler got pried it from the alligator float and got the reptile out of the pool. It was mating season, so bizarre behavior was bound to pop up.

“I guess it’s not that unusual, but it was unusual to me,” said Jacobs.

“We have gators in Georgia, but they’re just in areas that are not as populated, like some swamp where no one lives,” Jacobs says. “But in Florida, they’re just in your neighborhoods.”

You’re lucky if that’s the only place they are. 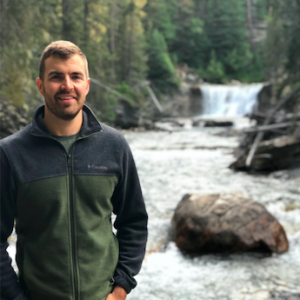 Hunters Take Out 70 Feral Hogs in One Insane Night

‘Murder Hornets’ In The U.S. Means BIG Trouble For Bees