When a sinkhole causes millions of gallons of polluted water to pour into one of the world’s most productive aquifers, it’s incredibly concerning for the 10 million people who rely on it for their drinking water.

A sinkhole opened under a Mosaic phosphate fertilizer plant in Mulberry towards the end of August. It dumped at least 215 million gallons of water contaminated with acid, sulfate, sodium and gypsum (a radioactive fertilizer byproduct). 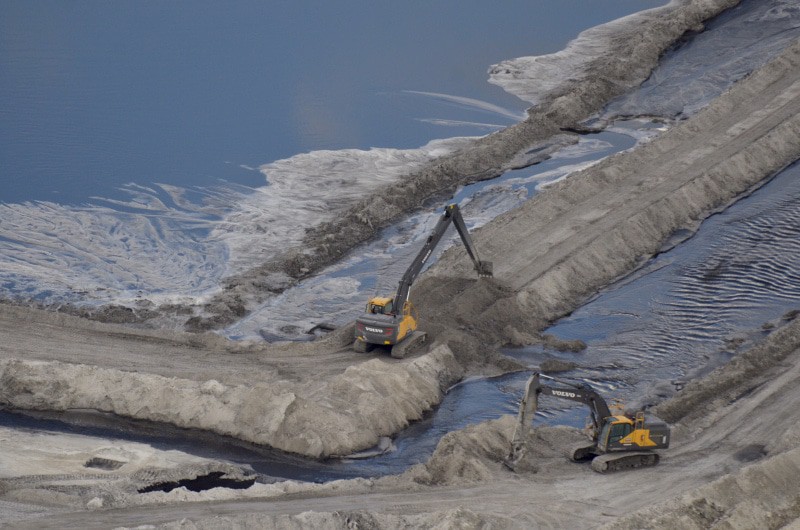 It’s no easy task to prevent contamination from overtaking the aquifer.

“That’s the bad thing about this: The aquifer is like Swiss cheese and it’s interconnected,” Robert Brinkmann,author of Florida Sinkholes: Science and Policy said. “Contamination can be very rapid. They must be working very hard to figure out where this is going.”

“The department’s focus at this time is on the oversight of Mosaic’s first-response efforts in order to safeguard public health and the environment,” said spokeswoman Dee Ann Miller.

Workers noticed a drop on August 27 while monitoring water levels.

“When it was first noticed, we installed pumping systems to move water out of that compartment on the gypsum stack, to recover the water,” said David Jellerson, Mosaic’s director of environment and phosphate projects.

Jellerson assures homeowners that they can still use their water without concern, but Mosaic will test it if they want to be certain.

“We continue to monitor the stack, 24 hours a day, 7 days a week, to insure that there’s no safety or environmental concern on top of the gypsum stack itself, as well as around the rest of the property,” said Chris Hagemo, the plant assistant general manager.

The plant is working on repairing the hole in the stack and will monitor the pollutants to make sure they don’t get in the drinking water supply.

A T-Rex on American Ninja Warrior wins the Internet

Swimming Tarantula Proves That Spiders Can Always Be Creepier

LOFT: The Jetman Story Will Make You Believe A Man Can Fly

Video: Docking a Boat in 12 Seconds Flat Is a Pure Adrenaline Rush