Tom Dickey isn’t your average 41-year old. Sure, for 21-years he gets up to go to work at the local grocery store, he loves sports (he can quote you the NFL schedule for his favorite teams), he goes to church every Sunday, and he loves his family with all of his heart. But, there’s something more to Tom Dickey.

Tom Dickey isn’t your average 41-year old. Sure, for 21-years he gets up to go to work at the local grocery store, he loves sports (he can quote you the entire NFL schedule for his favorite team), he goes to church every Sunday, and he loves his family. But, there’s something more to Tom Dickey.

When you meet Tom ‘Cruise’ as he likes to be called, you’ll never forget him. He’s like the coolest kid at the party, but he doesn’t have to try. He has an electric, engaging personality that is impossible to ignore. He treats everyone he meets with respect and kindness. He’s a Bonafide entertainer and comedian. I wouldn’t be surprised if we’re all watching Tom on TV some day. He’s that special.

But, there’s some things Tom can’t do, and somethings he had never done. Tom can’t eat seafood (we learned this after our fishing trip), Tom does not like heights, and Tom had never caught a fish. We wanted to change that – with a twist. We wanted to have him catch his first ever fish LIVE so everyone could experience the moment with him and more people could see first-hand just how awesome he truly is.

We were going to use Facebook Live, so anyone of my Facebook friends/followers could see it streaming live, and share it with their friends, and so on and so on. I honestly didn’t know if it would work, but my plan had to have a few elements. We had to fish where there was a strong cell phone signal (which rules out 75% of the places I like to fish), we had to fish where it was a quick trip (we had no idea how Tom would even do in a boat), we had to fish where there was a good chance to catch fish, and lastly somewhere that this first fish could truly be unique AKA very BIG!

Captain Steven Crowder and Madness Charters out of Jacksonville, Florida was the perfect guy to make all of this come true. I’ve referred close to a dozen friends and family to him over the last year, and they’ve all had a blast – and caught amazing fish. So, it was set. We were going to try and do it on a Thursday around dinner time so more people could tune in and would hopefully be near their phone/pad/computer.

Here’s the trickiest part. Fish don’t care what your plans are – at all. They only care about 3 things. Eating, not being eaten, and that other thing that ensures their species lives on. Tom, Ralph and myself hit the road about 3:00 from Lake City with storms all around. Mother Nature also doesn’t care about your plans. We lucked out as it stormed all day but most of the worst storms had burned themselves out. Captain Steve was going to try and get big bait before hand (big bait = big fish), but there was still enough wind where it was impossible. That’s a crucial element in targeting these big redfish, so now we were going to have to go catch bait.

Tom was an absolute riot the entire time. You could tell how excited he was, because if you know Tom well, there’s normal Tom, and then there’s excited Tom. Excited Tom is like a wind up toy you pull the string on and it goes into overdrive mode. He turns into a WWE wrestler quote machine from Stone Cold Austin to the Rock and everyone in between. He starts singing Toby Kieth’s “Who’s your daddy?” and quoting Jessie from Fill House, “Have Mercy”! He starts doing splits, waving his hair like Fabio, and striking modeling poses. And this is just in the first 5 minutes!

So, now we had to take excited Tom into business mode, because without bait, thus entire plan meant nothing. We tried the marine and nearby ramp and only found small bait, so we had to go on a search and hope we might find some usable bait. Our 5ish plan to go live was no pushed back to 6, and I honestly thought it was all going to be for nothing.

We pulled up to our next attempted bait spot and Steve hopped out with his castnet and we patrolled the ramp looking for big mullet. We didn’t find much so I offered to help and grabbed his 11-foot net. What happened next is up for debate, but somehow my net ended up getting “stuck” in a tricky place. As I remember it I saw a big blue crab and knew it would the perfect bait for Tom’s first fish (which you’ll find out later was true), but it maybe wasn’t the best place to throw the net.

Regardless I was now 3-4 feet in mud and oyster bars and Tom could not stop laughing at my circumstances. I was now going to be knows as “Swamp Cheeks” the rest of the night, and maybe for life with Tom (he doesn’t forget anything!).

Steve ended up netting a few mullet, but none were what we were looking for – but we were committed. So, we went for it. We set up on our spot and started recording. Baits went out, we gave Tom a quick tutorial on how to use a rod and reel, and Ralph went live.

Nearly 30 minutes of Tom being Tom and entertaining viewers all over the world. We didn’t catch any redfish during that time, but it didn’t matter. Several thousand people saw the video. Tom was officially introduced to the world.

That was the fun part, the not fun part was that we knew it going to be hard to actually a good fish with our limited, not ideal bait situation.

Luckily, 5 minutes later the blue crab rod doubled over (remember, I knew how important that bait would be)! Tom was live with his first EVER fish. And, it was a monster!

There’s no reason to recap here when you can watch the video at www.facebook.com/robchapmanart and click on videos.

It’s safe to say Tom caught his first fish, around an 18-pound stud of a redfish AND for good measure, caught an even better second redfish – Tom declared it 27-pounds, so we’ll stick with that!

Here’s the crazy part. When we went to bed that night we were impressed that about 5,000 people had seen the video. When we woke up it was closer to 10,000. By the time I had to leave the next day to go 200 miles offshore from Sarasota, Florida (there’s no cell signal out there in case you were wondering), we were over 40,000!

When I returned close enough to shore 24 hours later that number was close to 60,000. That number has since surpassed 125,000 just 2 weeks later and it’s safe to say Tom has been seen all over the world!

As far as we can tell that makes Tom Dickey’s first fish the most watched LIVE first fish every caught – in the history of television or the internet. Tom ‘Cruise’ Dickey can now add fishing celebrity to his growing list of accomplishments.

Thank you Tom for all that you do for everyone who’s lives you’ve impacted. The world would be a better place if there were a whole lot more Tom’s out there, and for one short fishing trip, Tom has made 125,000 people across the world smile and enjoy his pure, unfiltered joy and happiness 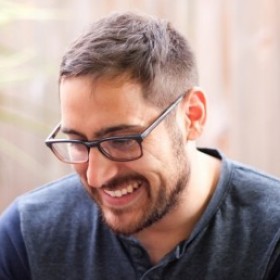 VIDEO: Male Polar Bear Goes After And Takes Down Cub, Despite The Mothers Efforts To Save It

Look Who’s Talking: Parrot Brothers Love Talking To One Another

Saltwater catfish limits in the near future to help rebuild stocks

PrevPreviousVIDEO: Riding 60 Foot Monsters Is A Surfers Dream
NextThis Man Built A House On Top Of A Pond So He Can Fish Whenever He WantsNext
On Key