An alleged burglar was killed when he was attacked by an alligator while hiding from deputies, according to the Brevard County Sheriff’s Office. Matthew Riggins of Palm Bay, Florida, was found floating in a pond near Latan Court and Barefoot Circle.

According to deputies before Riggins was reported missing, he called his girlfriend and told her he’d be in the area breaking into homes. “He was going to do burglaries in the Barefoot Bay area with another individual,” said Major Tod Goodyear, with the Brevard County Sheriff’s Office.

He was being chased after a neighbors called in a report. He then fled with an accomplice who avoided the gator, and who is refusing to cooperate with authorities at this time. 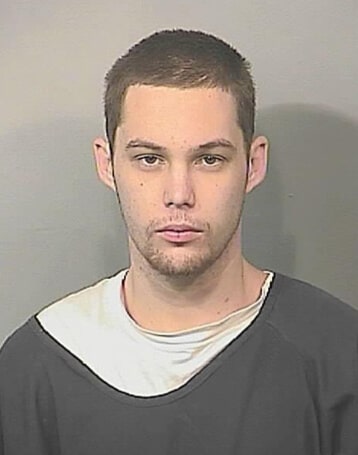 According to mynews13, “He probably went into the lake to hide from the officers and the dog, and came across that gator,” Goodyear said. “To hide somewhere to try and get away, and then meeting up with an animal like that, no, I’ve never had that happen before.”

Reports said the “forensic examination of the alligator located remains consistent with the injuries to Riggins inside the alligator’s stomach.”  Florida Fish and Wildlife Conservation Commission trapped the animal and had it euthanized.

For video reference, here are some of YouTube’s most infamous gator attack videos. Watch at your own discretion.

VIDEO: Lightning Strikes Tree, Giving Us a Perfect Example of Why to Never Stand Under One in a Storm

Fantastic Fishing Video Proves ‘You Should Get in the Boat and Go’!